Once upon a time, there was a little girl who lived with her old grandmother in an old hut nearby a forest. They worked daily as garlic and onion peelers in a traditional market. They woke up early and went home at noon, after that they had to work in their own little garden. They earned only a little money that was just enough to buy two times meals everyday, but they kept working diligently and they complained for nothing in their hard life. They were so poor, but they had a heart like gold and lived in honesty. The grandmother always taught the little girl to be honest no matter what happened, because trust was the most expensive things to get in this world. The little girl kept those words in her mind.

One day, the other girl dropped her beautiful doll on the street nearby the onion´s stall. the little girl found it and she wanted to have it, because she never had one. But the grandmother touched her shoulder gently and reminded her to give the doll back to the owner.  She said to the little girl, “we are a poor person, but it doesn´t mean that we have a poor heart. We don´t take anything which is not belongs to us, dear.” Because she loved her grandmother a lot and she respected her also, the little girl gave it back to other girl sadly. The other days, whenever she found something that wasn´t belongs to her, she would returned it the people who had it, eventhough she wanted that things so much.

One day, as they were working in their little garden, there was a noise nearby the forest. They came closer to the voice and they found a pity bird which had been trapped in a hunter´s trap. The bird´s leg was hurt and it wasn´t able to fly because of it. They took the bird to their hut and they took a good care of it. They fed it everyday with all the things that they had. The bird recovered soon and was able to fly again in several days. The little girl and her grandmother were so pleased to see the bird´s progress. 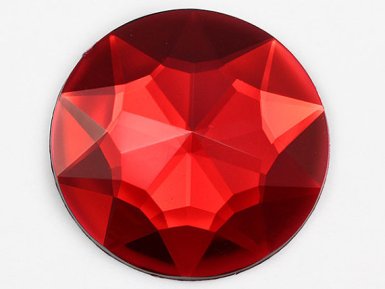 ore the bird left, it gave a red stone that came out from its beak, and said, “Thank you for taking a good care of me, as my gratitude, I will lend you this red stone, please take a good care of it until I come back to take it. During my leave, this red stone will provide food for you so you will have enough food to eat everyday. See you.” After that the bird just flew away. The little girl and her grandmother were so surprised for a while, they could not believe what just happened, but they remembered what the bird had said before. The kept the red stone, that shone so bright like a precious jewel, in an old box.

Everything happened just like what the bird had said. Every morning, there were some bread and milk on the table, so they can eat three times a day now. They were so glad and grateful, so that they had enough energy to work at the market. Every time they earned less money and they didn´t have enough money to buy food, they would find enough food to eat on their table. It didn´t make they became lazy, they kept working diligently. It just made them became more grateful.

Years after years went by but the bird didn´t came back yet. The little girl and her grandmother kept their promise to take care of the red stone. They never thought to sell that precious gem. Until something bad happened. As the grandmother was getting older every day, her conditions dropped gradually. She wasn´t as fit as before and getting sick. She didn´t have enough power more even to wake up from her bed. The girl felt so sad to see her grandmother´s condition, but she didn´t have enough money to take her grandma to the hospital or even to a doctor.

One day her grandmother was coughing so bad until some blood came from her mouth. The little girl was so panic and didn´t know what to do. She didn´t want to lose her grandmother because she loved her so much and her grandma is the only family that she had. Suddenly she heard a voice in her mind that told her to sell the precious red stone to earn some money so that she could take her grandma to the hospital. She took the red stone out of the box and touch it carefully, her heart actually fought because she remembered their promise to the bird, but she needed some money for her grandmother.

She hold the red stone with uncertainty feeling. The voice in her head spoke louder to sell it, she saw her grandmother and then the red stone confusedly, she really didn´t know what she should do while her heart and mind fighting. Suddenly, her grandmother realized what happened and then she called the little girl with the last power that she had. She held her grand daughter´s hand tightly and then she shook her head weakly. “When you made a promise, keep it. We are poor, but we can´t sell our heart for any reason, because it is the only things that we had. We can´t betray our integrity as a human beings.” said the grandma with the strength that she had.

The girl downed on her knees and cried. Her grandma put her hands on the girl´s head and fondled her granddaughter, “Don´t worry, I will never leave you alone.” said the grandma. After that, she was coughing again. The girl woke up and held her grandma´s hands tightly, “I will find some help, please hang on.” She ran out of their hut and thought to ask help from their neighbor.

She heard a sound of the bird´s coming to her on her way to her neighbor´s house. The bird landed on the branch nearby her, and asked, “Why do you run so fast?”. “I need help, my grandmother is sick. Please help me, I beg you.” said the girl sadly. “Do you still keep my stone?” asked the bird again. “Yes, I will give it to you, but please help her.” said the girl. “I will help her, after you give it back my stone, let´s go to your house.” said the bird.

Then, they went back to her house. Her grandmother was still coughing. The girl gave the red stone back to the bird. The bird held the red stone with its beak and came closer to the grandma. The bird put the red stone into the grandma´s mouth and asked her to swallow the stone. Her grandma did just like the bird said. In a second after swallowing the stone, she felt much better. She also gained her power and was able to wake up from her bed. The girl was so relieved and thanked to the bird. “Thank you for helping her, I am so sorry that I ever thought to sell the stone to help her. I am so thankful that I didn´t sell it at the end.” said the girl honestly.

Suddenly the bird turned to a glowing human with a pair of wings on his back. It made the girl and her grandmother so surprised.  “Actually, I am your guardian angel. I know your struggling. I trust you from the beginning and thank you for keeping your promise even when you were in a hard situation. Every time you have a hard time, just call me and I will come to help.” said the angel and then he disappeared.

The girl and her grandma were so grateful. The girl looked at her grandma´s eyes and said, “Thank you for reminding me. I know exactly now that no matter what happened we should keep our promise and we shouldn´t sell our integrity. Yes you are right, trust is the most expensive things in this world. I love you grandma”. She hugged her grandma. She already learnt one of the precious lesson in her life. She promised to her self that she would always kept her grandmother´s words in her mind. She knew that trust had its own reward for those who held it carefully.